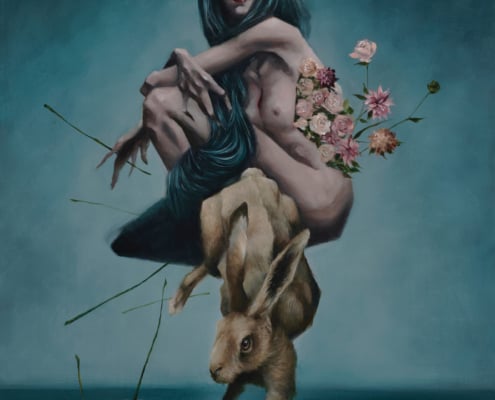 Artist and habitual doodler, Craww lives and works just outside of Sheffield, on the edge of the Peak District in the UK .

Surrounded by nature, he finds inspiration in natural forms and the contradictions and ambiguities of life, seeking to portray the beauty to be found, melancholic yet romantic, in the cycle of birth, death, growth and decay.

His work is a stream of consciousness ramble through the woods, uncovering the secret stories and ambiguous connections of his muses who inhabit a world populated with skulls, birds and melancholic girls embraced by flowing lines and natural forms.

Following a career in graphic design, his art is informed by a sense of balance and narrative flow. He enjoys seeing his creations taking on a life of their own as their world is realized with a mixture of elegance, balance and disciplined chaos, using oils, acrylic, graphite, charcoal, ink and whatever else is at hand. Exhibition History:

EBB and FLOW
Scroll to top