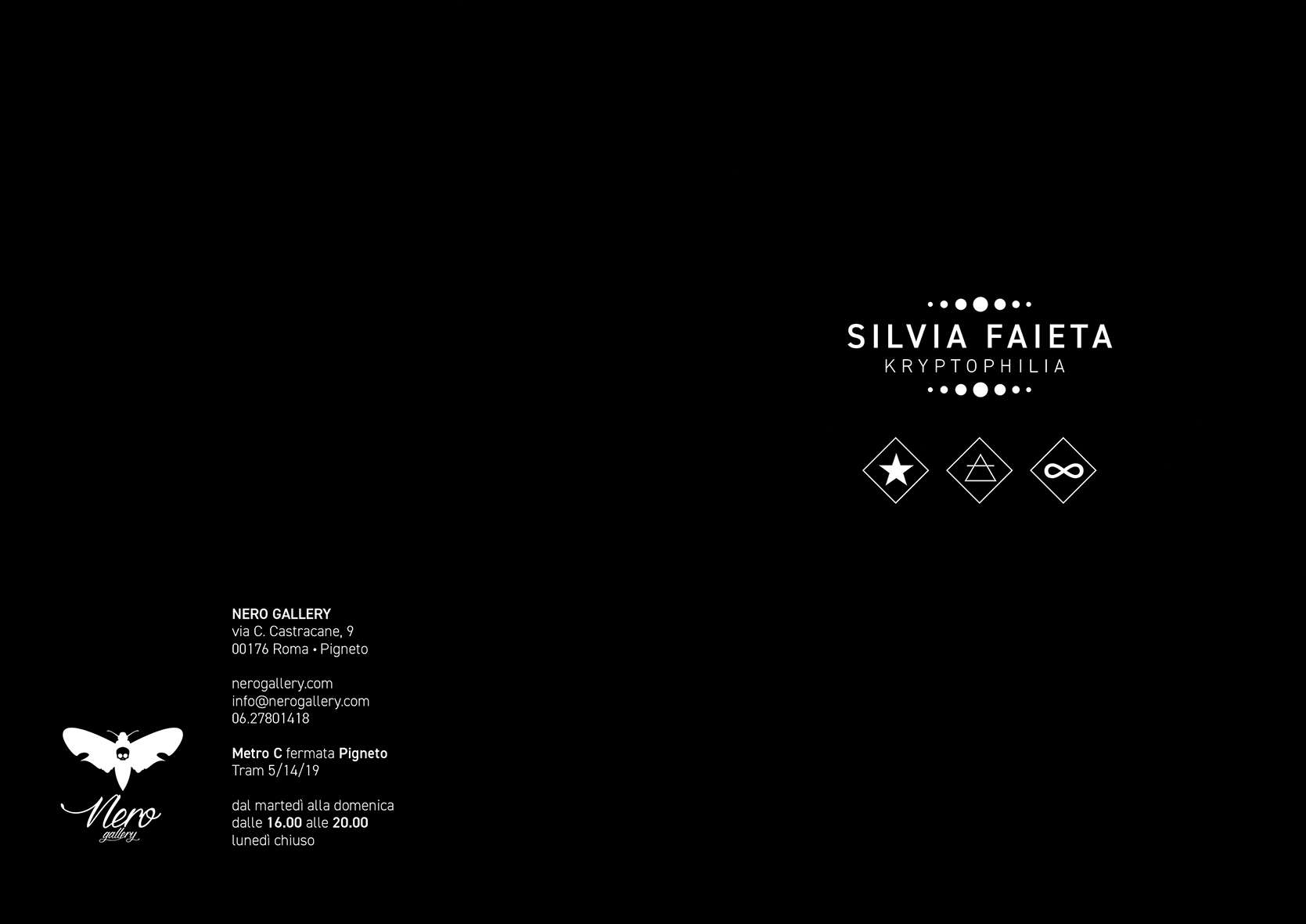 The artist Silvia Faieta is based in Rome where she had a Bachelor’s degree in Electronic Engeenier.
She always focused on both scientific and artistic studies, that influenced her expression and techniques.
Kryptophìlia is a design and analysis project, related to the self in many ways such as the study of numerology, the esoteric symbolism and the rationality of forms.
The exhibition is composed of 13 sculptures that represent and form a sort of imaginary city.
This fantastic building contains a secret that can be revealed through the numerological interpretation and an esoteric work.
This investigation is not exclusively limited to the subjective aspect, but also involves the viewer through the personal interpretation of numbers and symbols.
The same duality is reflected in the artist’s choice of colors: white and black embody the reality of the matter and the abstraction of the spirit.
The observer, therefore, is free to imagine the color, while the works retain the artist’s trait through its shape.
Kryptophìlia is, therefore, the love for the secret.
A secret that does not hide but reveals, because it’s the guardian of the essence of the ego. A love for the “concealed” that becomes discovery or rediscovery of what cannot be separated from our life, and that is its “raison d’ être”.