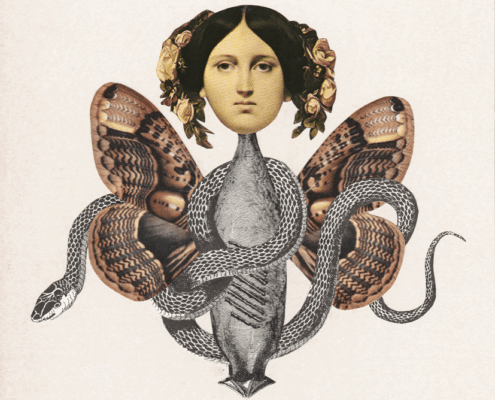 Nero Gallery is pleased to present “Reperti dal Futuro”, a personal exhibition by Francesco Viscuso. In a hypothetical and not so distant future, the end of the world already happened and there are few survivors. We are the survivors in this post-apocalyptic reality and we are looking for the lovely remains of that irretrievably lost past, of the true essence of that fallen world, whose history has become legend. The only hope of saving the memory of what it was and discovering what brought to its end is contained in a small room, remained intact and hidden for a long time under the rubble of the old world, which preserves the finds of this disappeared civilization. It is a wunderkammer, which belonged to an illustrious anthropologist and art collector who dedicated his life to collecting and studying rarity, oddities of nature and man, extraordinary objects and scientific curiosities: Sir Francesco Viscuso. Looking carefully at the mirabilia kept in his room, we can steal secrets buried for years, reconstruct a part of the culture and mysticism of the peoples who have preceded us, but we also find traces of the devastating impact of man on nature and the misuse that man made of science. Anciently worshipped idols and deities, divide the room with testimonies of world corruption. Each visitor will be screened in this post-apocalyptic world, witness of a past that has disappeared forever and that is now fragmented, with the precise responsibility of preserving its memory, so that the same errors are not repeated again. The Catania artist Francesco Viscuso presents thirty collages, realized through the recovery of images taken from old clippings of newspapers, advertisements, magazines. Each collage is a find through which visitors can immerse themselves fully in the hybrid, bizarre and oneiric imaginary of the artist, always poised between a mystical past and a disturbing future, between the real and natural world and the visionary and chaotic one in the aftermath of the apocalypse.